My Story with AVON 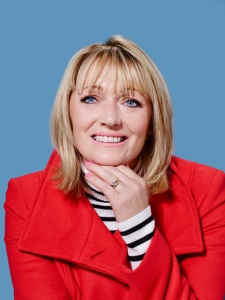 I joined Avon in July 2005 when my children Megan and Sam were 3 and 5. I had previously been involved in another network marketing company and had been searching for the opportunity to build a flexible self-employed business round my family life. I knew Avon was for me from day one and in my first campaign as a representative I also qualified as a Sales Leader.

I have a fantastic team of 5000 representatives and 400 sales leaders. Many who have become close friends as well as work colleagues, the joy of Avon is you are in business for yourself but never by yourself. We help and support each other to achieve our goals with AVON as my team’s success is my own success.

In 2011 I was in the top 20 UK Sales Leaders and won a holiday to Malta plus fantastic bonuses for achieving Senior Executive level.

In 2012 I received the Affiliation Award at the annual conference Live Your Dream and was 7th in the Dreams of Gold Executive League.

In 2013 two of my team members achieved the top 20 trip and won a fabulous holiday to Marrakesh.

In 2014 Avon Advanced Leadership was launched.

In 2015 I was in the top 20 UK Sales leaders and achieved the fabulous New York trip incentive.

In 2015 I was also part of the Beauty For a Purpose campaign with a number of other Avon Sales Leaders and representatives, which means my photo will be used in promoting the campaign and on Avon literature.

In 2016 I was part of the Avon Sales Council, supporting ongoing plans to align field initiatives.

In 2016 I was a winner at the Everywoman Retail Ambassadors Awards – celebrating and advancing women in retail.

In 2017 three of my sales leaders and myself achieved the Celebrate Leadership trip to Lisbon.

In 2017 I was part of the Avon Proud campaign, featuring the executive sales leaders in the UK.

In 2018 I received the Avon Game Changer award.

In 2018 I achieved an all expenses paid trip to Palma.

In 2019 I achieved the Celebrate Leadership trip to Nice.

In 2020 I achieved an all expenses paid trip to South Africa.

In 2021 I achieved an all expenses holiday to Mauritius.

AVON has allowed me the flexibility to be there always for my family, I earn a full-time wage working the hours I want.

Myself and the team have featured in a number of press articles and in the Avon Sales Leader magazine ‘Insight’.

Guardian Money article – A man should be the bread winner, right? Meet the women who earn more.

Nottingham Evening Post – Scent of job success for Sam as her role is more than cosmetic.

Avon Insight Magazine – Under the spotlight.

Ilkeston Advertiser – Cosmetics boss all made up after winning award

My Online Store was featured in – This Money – Avon goes digital

Feel free to contact me with any questions or queries you may have on joining AVON. 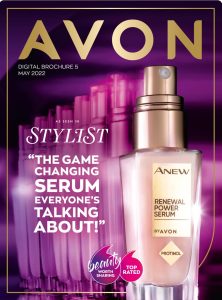